The Jackson Hole Economic Symposium confirmed what most people expected before the event began: the reality that inflation shows no apparent indications of slowing down, which would demand continuing determination from the Fed in the form of unabating interest rate rises. This was the main takeaway from the event.

However, it wasn’t only the Fed that perpetuated the narrative; members of the ECB also talked about the approaching rate decision with a heightened feeling of urgency, floating possibilities of 50 or 75 basis points as possible adjustments. After the unexpected increase of 50 basis points in July, the Federal Open Market Committee will convene on September 8 to decide whether or not to raise interest rates again.

In September, Villeroy, Schnabel, Kazak, Knot, and Holzmann all voted in favour of a significant (by ECB standards) increase in interest rates. Even Oli Rehn, one of the somewhat more dovish members of the European Central Bank (ECB), has acknowledged that it is time for action and that the next move from the ECB would be “big.”

The Fundamental Background and Technical Analysis of the EUR/USD Pair

Markets in general are expected to continue reliant on overall mood. However, as we have seen in recent times with the concept of the now-defunct “Fed pivot,” markets may suffer from short-term memory loss. This is something that we have witnessed lately. The dollar strengthened as investors took profits, but we have been told from the beginning that the Fed will not move until there is “compelling evidence” that inflation is slowing, and this was reaffirmed at the Jackson Hole meeting. Slightly lower inflation was responsible for the dollar’s strength.

Now that we’ve taken care of the inflation issue, we can shift our focus to the employment statistics that will be released on Friday in the form of the non-farm payrolls. If we do see a build up in the number of jobs lost, I believe this is where the markets will seek to reignite the “Fed pivot.” Even after acknowledging that the current pace of rate rises is likely to result in job losses as well as a slowdown in economic growth, the Federal Reserve continues to maintain its steadfastness. This is the price we have to pay to battle inflation, the larger of the two evils.

The hawkish message delivered by Jerome Powell on Friday caused the EUR/USD currency pair to retreat nearly immediately after he finished speaking. The trend had been upward in the minutes leading up to Powell’s talk. Today, trading in the Asian session saw the pair continue to move lower, while trading in the London session saw the pair move closer to the level of parity as the dollar weakened. The up and down movement, as well as the critical levels that should be considered, were emphasized in last week’s preview to the Jackson Hole event. This highlights the strength that short-lived volatility possesses.

After the dust has cleared from the events of this week, we may see a continuation of trading in a sideways pattern and a relative slowing in the downward trend. The odds that markets are placing on the European Central Bank increasing interest rates by 75 basis points the next week have grown from 48% on Friday to 67% early today. A greater likelihood of a rate rise may provide support for the euro in the run-up to the ECB’s rate hike scheduled for the following week.

The initial level of resistance seems to be parity, with 1.0100 seeming to be the degree of resistance beyond that. We observed a reasonably robust rejection of 0.9900 alongside the presence of an extended lower wick. Support continues around 0.9900.

Daily Chart of the EUR/USD Pair

This week will start up where the previous week left off; but, the economic calendar won’t become very exciting until Wednesday; the all-important US jobs print won’t be released until Friday. Inflation in Germany is anticipated to increase after a brief respite seen in the most recent report as a result of rising gas prices throughout the EU.

Guide to Psychology in Trading 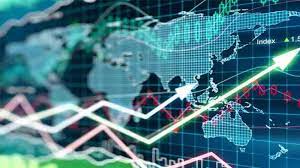 In this article, we have covered the highlights of global market news about the Oil prices pause, U.S. bond rates, declination of the Dollar, Hong 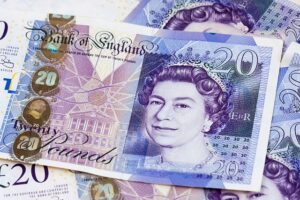 Technical Analysis of the British Pound: GBP/USD, GBP/JPY, and EUR/GBP

TALKING POINTS IN BRITISH POUND: With this morning’s news of yet another leadership transition at the UK PM position, headlines continue to push the British Pound. 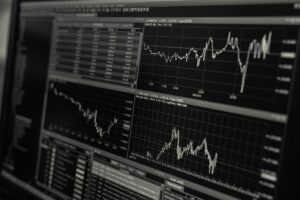 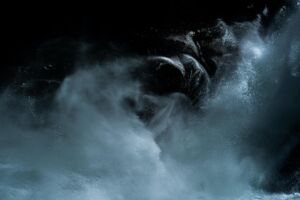