In this article, we have covered the highlights of global market news about the Bitcoin, Ethereum, Canadian Dollar, Australian Dollar and S&P 500.

Forecast for the Upcoming Week for Bitcoin and Ethereum

Path of Least Resistance for Bitcoin Is Tilted Down. As tight ranges are maintained, Bitcoin is still circling the $20,000 level. Weak gains in the bitcoin market indicate that we could have reached a temporary top above $25,000. While global bond rates are rising and the USD is getting stronger, momentum indications are still negative, and the macroeconomic outlook is also unfavorable. With an eye on a test of the 17500 lows, the downward is the direction of least resistance. Given the excitement around Merge for Ethereum in recent months, it has seemed as if Bitcoin has been somewhat left behind, which may help to explain why upside in Bitcoin has been difficult to come by.

Ethereum likewise reached its high at 2k at the same time as Bitcoin peaked at 25k, which allowed Merge to launch in mid-September after the last Merge test had been successful. The success of Ethereum over Bitcoin has been a reflection of the enthusiasm around Merge. I would anticipate Merge to be another case of “buy the rumour, sell the reality” given the excitement around it. While I don’t dispute that Merge will benefit Ethereum significantly, Market psychology has been clearly seen in the cryptocurrency industry during its brief history, as we have often observed that hyped events frequently result in cryptos surging towards the event and selling down immediately after debut.

The graphs below illustrate this. As a result, Ethereum is expected to stay supported leading up to the event, although it would be advisable to reduce exposure in the days leading up to or on the day of the event (Sep 15th touted Merge Date). Remember that on September 13th, the US CPI will be revealed.

Forecast for the Canadian Dollar: Plenty of tactical opportunities despite the robust USD strength

The Canadian Dollar remains intriguing as daily macro catalyst shifts continue. Key locations are being approached by several CAD crosses, which makes the Loonie more obvious. Thanks to a rise in oil prices earlier in the year, the commodity-driven Loonie has fared better in 2022 than its G7 counterparts versus the US Dollar. In spite of the Bank of Canada’s aggressive rate hikes to battle domestic inflation, the Canadian dollar may continue to outperform its non-USD counterparts.

As the Greenback has continued to rise over the last several weeks, USDCAD has been in a strong uptrend. As the month came to a close, the USDCAD retreated from the area of resistance at 1.3200. When the 1.3200 region was previously tested in July, a drop ensued that eventually reached a bottom way below 1.2750. Given the macroeconomic environment at the moment, it is still difficult to predict that such a pullback would occur this time. Long USD remains a very popular strategy, and oil has decreased due to recessionary concerns.

We can see on the USDCAD 4H chart that after the US nonfarm payrolls on Friday, there was an instant buy-up of the slide below 1.3100. By creating a higher bottom, Friday’s drop avoided erasing the Wednesday low and preserved the ongoing upswing. Price may aim to launch a prolonged assault on the 1.3200 region leading up to the September FOMC meeting if previous resistance around 1.3100 now acts as support.

Given the headlines surrounding Nord Stream late on Friday, the USDCAD and EURUSD might go higher the following week as a result of flows from a lower EURUSD. Due to the Labor Day weekend, US markets will be closed on Monday, which might make the day intriguing for USD traders. Market players will have the opportunity to see how traders in APAC and Europe respond to Friday’s sell-off and any potential new developments on Monday. Traders may want to keep an eye out for any stories relating to this over the weekend as USDCAD might get caught in the crossfire.

The Outlook for the Australian dollar is mixed, but the lead seems ominous.

As the domestic economy starts to show indications of tightening weariness before the Reserve Bank of Australia’s (RBA) meeting on Tuesday, the Australian Dollar remains vulnerable to changes in the US Dollar.

Overall, backward-looking indicators portrayed a bright picture while forward-looking data shows that some clouds are building on the horizon. Economic information released over the week was mixed.

Retail sales for July, which may be a lagging sign, came in at 1.3% month-over-month as opposed to the 0.3% projected and 0.2% earlier.

The next day, figures on construction approvals showed that July’s decline from June was -17.2%, much below the forecasts of -3.0% and -0.7%.

Building approvals are thought of as a leading indication of economic activity because of the work that is produced in the time that follows the permission. There may be less work for engineers, architects, builders, equipment suppliers, and other professionals as a result of a major decline in the data.

Additional evidence that increased interest rates are having an effect on the Australian home market comes from Corelogic data released on Thursday, which revealed the greatest monthly depreciation in August in the last forty years. While prices throughout the country declined 1.6% for the month, Sydney, which has the biggest real estate market, dipped 2.6%.

According to a Bloomberg poll, analysts believe the RBA will increase its cash rate goal by 50 basis points (bp) during its meeting on Tuesday. The cash rate would be 2.25%, while futures markets are pricing in closer to 40 bp. The RBA kept the rate at multiples of 0.25% before the outbreak. At 1.85%, it is presently behind schedule.

The US Federal Reserve clarified its aggressive monetary policy tightening objective last week, which has clouded the prospects for global growth. The Australian Dollar has been hurt as a consequence of the impact on risk assets.

The pattern of the US dollar gaining seems to be continuing in the future. Even if the RBA raised interest rates significantly, widespread pessimism might combine with it to weaken the Australian dollar.

the future The zero-case Covid-19 policy-related lockdowns and a real estate market that continuously experiences mortgage strikes are threatening China’s economic prospects. This is despite government attempts to boost industrial confidence with several stimulus measures.

S&P 500 – Prediction for the Upcoming Week

On Thursday, the S&P 500 found support at a critical point on the chart, just above the 3900 mark. This region included both the 61.8% retracement of the recovery move at 3902 and the 23.6% retracement of the sell-off from 2022. (from the June low to August high). By linking the lows from June and July, a trendline projection may also be established nearby.

This region was in-play a few hours after I had identified it on Thursday in the S&P 500 Forecast Ahead of Non-Farm Payrolls.

Following some optimistic price activity after the NFP announcement, the rebound it created was rather strong as of Friday’s market start. However, buyers were unable to break through at that point due to the psychological threshold at 4k and a previous price action move at 4016, which caused another wave of negative momentum.

The stage is now prepared for a follow-up test at that confluent support for the following week. An eventual retest of the June lows is possible if 3900 is broken below. Support may be found at a previous price action swing at 3820 and a Fibonacci level at roughly 3786 along the way.

Please click here for the Market News Updates from 2 September 2022. 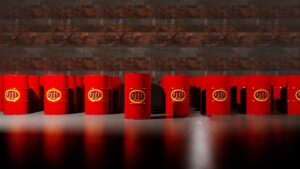 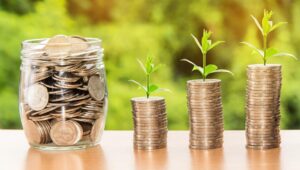 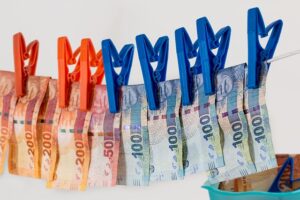 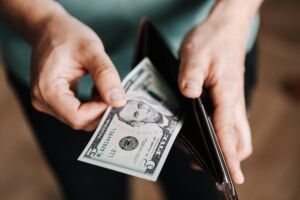