“The trend is your buddy.” Although it is common knowledge and makes perfect logical sense, this advice is so ambiguous in real life that it is useless. Because timing and entrance into that setup will probably decide one’s success or failure in that specific trade, even if you are on the “correct” side of whatever trend is now indicating, therefore, it isn’t enough to identify the trend’s direction and then ‘hope’ that we’re correct; we also need to locate support (or resistance for downtrends), be patient and disciplined while waiting for the setup to develop, and then identify risk levels so that, if/when we’re ‘wrong,’ we have a point at which to exit to preserve the rest of our equity.

This article will outline a five-step procedure for traders using price action to trade into new or “fresh” trends.

Which time range is “best”? This is a common question among novice traders. Similar to asking, “what is the optimal temperature,” this is. Well, it depends. Most individuals are comfortable in the same general range of temperatures, while some like it to be colder, and others prefer it to be warmer.

This is also true of chart periods. The setup on the monthly or weekly chart will be so disconnected from the dynamics that you’re monitoring that you may as well be looking at another market entirely if you’re a scalper trying to hold positions for no more than 20 or 30 minutes. Additionally, if you’re trading a monthly setup, what happens on the one- or three-minute chart is usually not going to have much of an impact on your setup.

There isn’t a “best” period. Time frames are just alternative perspectives of the same thing, with shorter or tighter time frames providing a more granular, comprehensive view of near-term price activity. The drawback to this increased information is noise since shorter time frames often exhibit far more noise than longer-term charts. The longer-term charts, however, are substantially slower and less actionable; as a result, the balance should be the guiding principle in this situation.

The technique of employing different chart time frames to determine a market’s strategy is known as multiple time frame analysis. This has the advantage of giving you both the granularity and depth of the shorter-term charts and the consistency of the longer-term charts. Because we are now studying two separate charts, there is a potential for subjectivity to be added. However, as long as the trader can strike a balance while using both charts, the benefits should exceed the potential for subjectivity.

Don’t Go After the Breakout

When prices are breaking free of past support or resistance, which is often when a new move is most hazardous to trade but also when it is most lucrative, even for seasoned traders, breakouts may be challenging to trade since they are, by definition the process of something “new” occurring. Therefore there isn’t any previous data or observation from which we might be able to infer strategy.

Chasing breakouts, buying or selling after the market has already broken through resistance or support may all result in risky investments. Even if you predict the direction correctly, you’ll often need to wait for the position to reverse before the ‘trend-side’ advance continues. So, wait instead of trying to catch a fresh breakout. Allow price action to continue upward or lower and rule out the possibility of a trend-side entry shortly.

Use the breakout as a signal: Buyers’ ability to break through resistance may signal that there is still more upside potential. However, markets are seldom one-sided. After reaching a new high, traders often take profits, and some even attempt to counteract the trend. We have a formula for a downturn when we combine this with the likelihood that increasing costs will reduce consumer demand. You don’t want to be pursuing a move upward now.

A trader’s patience may be tested when observing a recent breakthrough. For a novice trader, that may be a challenging exercise since their only real options are to pursue or fade the breakout (go short after a bullish breakout). This is an inappropriate moment to begin positions since a breakout is, by definition, a “fresh” observation of higher or lower prices.

Instead, the previous resistance level that had previously restrained price movement might now be reclassified as possible support. The market may create a new short-term “higher-high” if traders choose to sit back and let the breakout unfold. Traders may then wait for the “higher-low,” which will often appear at or around a previous resistance level after that new high has been made.

Use the shorter time frame to confirm support and the first stages of a move in one direction.

Traders may start plotting their trend-side entry after the breakthrough has been identified, and the decline has started. This is where the extra insight offered by the shorter-term chart’s higher clarity and granularity might be helpful.

The trader might watch for the retreat slowing down before attempting to time the entrance. Therefore, if we were looking at a bullish move, we would want to have already seen the breakout create the higher high, followed by a pullback that brought the price closer to the previous resistance; at that point, we might look for support to start to emerge on the shorter time frame.

Wicks will appear on the underside of the shorter-term candles when demand exceeds supply if buyers react to declining prices. Prices will start to trend upward on that shorter-term chart as sellers give in to even more demand as buyers start to take control. And while this is happening, traders can look at the top-side entry since their stop order may be placed at the current level of support shown by the underside wicks. Please see our article, Using Support and Resistance to Trade Supply and Demand, for a more thorough explanation of how to plot supply and demand using price action.

Traders will want to put a stop as they trigger or soon after they start the position after the trade has been discovered. In this manner, the trader has some downside protection in case things go wrong. But expectations are crucial here: Price action swings are visible, and most market makers can identify where prices have previously reversed. Price action is seldom flawless, but perhaps more importantly, price action swings are rarely ideal. For market makers executing on sitting orders, these price action fluctuations might function as a red flag for “free liquidity” since most market makers are also aware that these spots are often utilized for a stop or limit placement.

Therefore, during uptrends, consider ‘nesting’ the stop a little lower rather than setting it at the precise bottom so that your exit isn’t at a glaringly evident moment in the market. Include any surrounding elements of support or opposition if they are confluent.

Therefore, if USD/JPY recently made a swing low at 112.03 and you want to halt trading, you probably prefer to do so below the “psychological level” of 112.00 rather than at 112.03. Giving the entry an additional 10 pip “wiggle space” will thus provide you some breathing room in case the psychological level at 112.00 or the previous swing is retested.

To maintain their position in the trade, traders should refrain from allowing the stop to move further if it seems that it will be struck. This is referred to as “throwing good money after bad” because your hypothesis has almost been disproven. Since you are already involved in the trade and have made some initial investments, it can be challenging to control one’s own bias when the trade is already depleting your equity.

Throwing good money after bad is one of the typical ways that traders fall into this trap since one “poor” deal may erase the earnings from several wins. Establish your risk at the beginning of the transaction and set your stops so you may exit the deal without feeling regret. If the stop is reached, go elsewhere for a new trend.

How to Use Both Fundamental and Technical Analysis in Foreign Exchange Trading? Which kind of analysis is preferable for a trader is a topic of 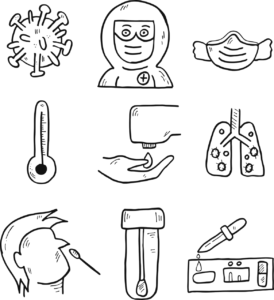 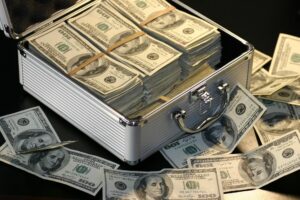 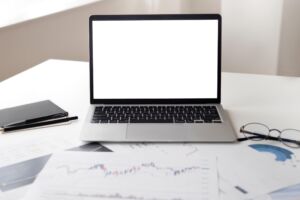 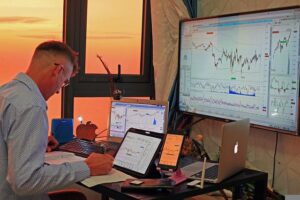