Prices for everything from food and clothing to haircuts and rent, as well as energy, are rising as economies around the world recover from coronavirus lockdowns, fueled by resurgent demand and supply chain disruptions.

Accurate national comparisons of changes in living standards are difficult to make, but inflation is emerging as a major factor in elections such as France’s presidential race in April and the United States’ midterm elections in November.

Britain’s consumer price inflation rate hit 5.5 percent in the year to January, the highest since 1992, when the economy was still reeling from the effects of a late-1980s spending boom fueled by Margaret Thatcher’s tax cuts and big pay packages.

In April, the CPI is expected to exceed 7%. The Bank of England believes it will then begin to slow, but will remain above 5% in a year.

In the United States, inflation has already surpassed 7%, reaching its highest level since the early 1980s, while in the eurozone, it reached a record 5.1 percent in January.

Frape, who works as a housekeeper in a nursing home and has been in the industry since she was 18, is being urged by her coworkers as their union representative to demand a raise above the government-mandated 6.6 percent increase in the minimum wage in April.

Wage demand pressure, and the risk that it will fuel a self-perpetuating high inflation problem, is a major source of concern for the Bank of England.

This month, Governor Andrew Bailey drew howls of protest from unions when he called for restraint in pay negotiations.

The Bank of England expects underlying wage growth to reach nearly 5% this year before slowing.

According to the National Institute of Economic and Social Research, a think tank, the combination of the April payroll tax increase and higher inflation could result in a 30% increase in destitution in the world’s fifth-largest economy.

The Trussell Trust, which supports a network of food banks, reported that food parcel delivery increased 11 percent between April and September of last year compared to the same period in 2019, reaching one of its highest levels ever in December.

Some people who used to donate to Dad’s House, a food bank in west London, are now among the 500 families who receive assistance each week. Jackie Gordon, 52, stated that she frequently goes without food. “I have bills to pay,” she explained. “I’m late on my rent and don’t want to be evicted.”

As the 38-year-old care worker’s food and fuel bills rise, she has cut back on treats like movie tickets, and she has tried to cancel her pay-TV service but has been unable to reach her provider because she assumes everyone is doing the same thing.

Millions of normally affluent Britons are facing a cost-of-living crisis as a double whammy of accelerating inflation – driven by skyrocketing energy bills – and tax increases takes effect this year.

Rapidly rising prices are causing the biggest one-year drop in disposable income, adjusted for inflation, in at least 30 years, according to the Bank of England.

After a decade of stagnant living standards – and in stark contrast to Prime Minister Boris Johnson’s promises of a high-wage economy – Britons are bracing for a further blow to her finances in April.

That is when energy bills are expected to rise by 54% to around 2,000 pounds ($2,723) per household per year – only a portion of which will be offset by emergency government assistance – and when workers’ social security contributions are also expected to rise, all against the backdrop of rising interest rates.

Food and gasoline costs have already risen by 20 pounds per week.

There is simply too much going up at the same time.

The government is hoping that the cost-of-living squeeze, while severe, will be temporary.

To provide support through 2022, it will spread some of the increase in fuel prices over the next few years and reduce a tax on people who own lower-value properties.

Household disposable income, adjusted for inflation, could recover as early as 2023, according to Capital Economics, if inflation falls faster than the Bank of England expects and unemployment remains low.

The consultancy predicts a 2.6 percent drop in real wages from September 2021 to April 2022, compared to a 13.5 percent drop after the global financial crisis, when wages rose less than inflation between 2008 and 2014. 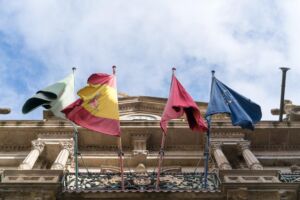 Inflation in the Eurozone reaches a new high 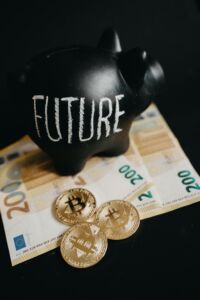